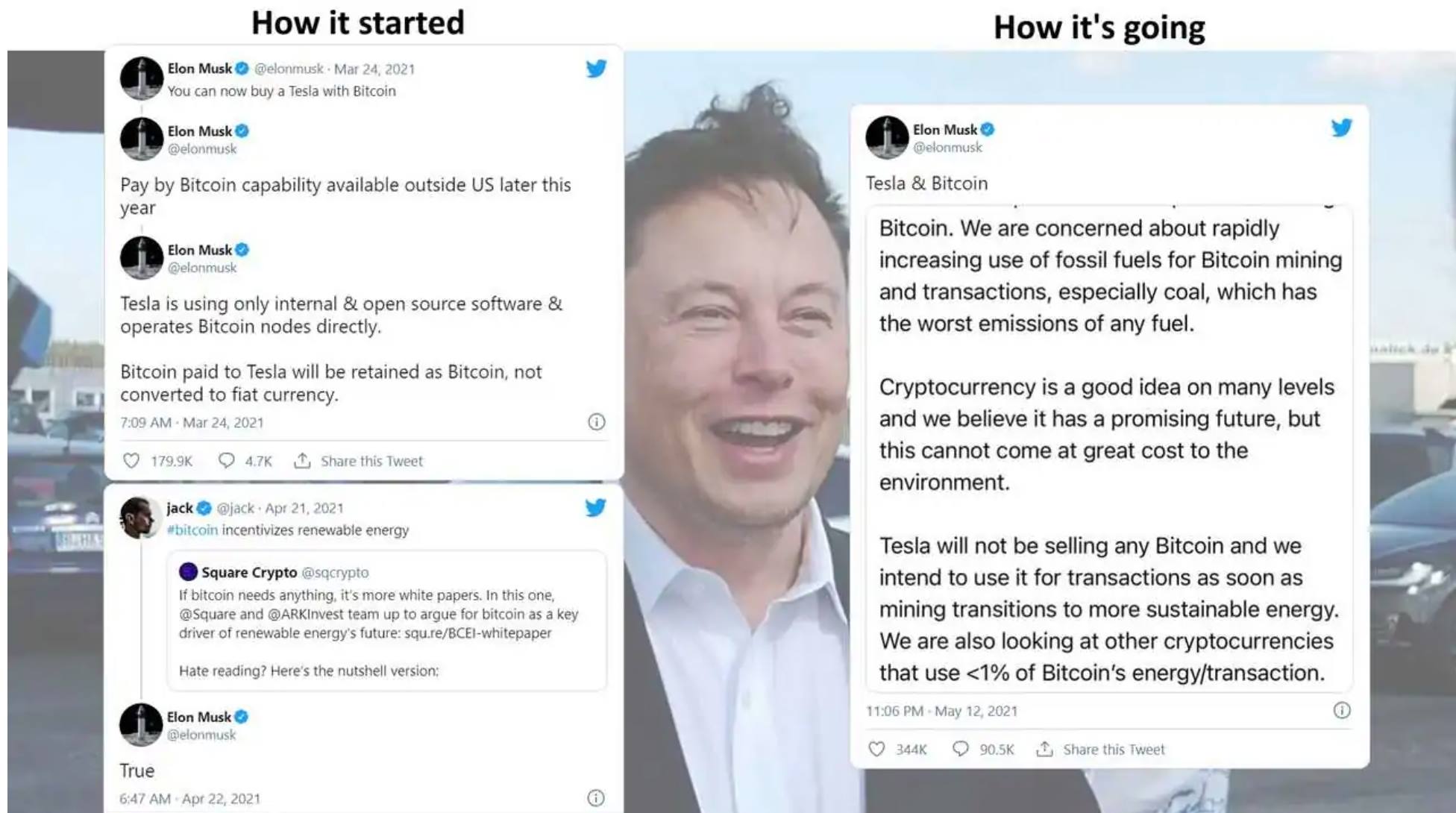 Earlier this week, Elon Musk, the CEO of Tesla posted a statement on Twitter saying they have concerns over bitcoin mining, in particular their use of fossil fuels. As a result, Tesla suspended accepting bitcoin as a payment for their vehicles.

This announcement saw as much as USD $365 billion wiped off the cryptocurrency market, with bitcoin sharply dropping to just below USD $46,000.

In case you were unaware, Tesla earns credits for exceeding emissions and fuel economy standards and then selling them to other carmakers that fall short so they can avoid penalties. In the first quarter of 2021 alone, the company earned $518m just from sales of those credits alone.

As you can see, for Tesla to be accepting bitcoin as a payment method when the mainstream media has concerns around the cryptocurrency’s environmental footprint does not fit well into the green energy narrative. This is despite the fact that it is not possible to determine exactly how much electricity bitcoin uses, nor where its energy sources are from. We mentioned in our post last week, it is assumed anywhere between 20 – 70% is powered by renewable energy such as hydro power, solar and wind power.

The announcement by Elon Musk is seen as hypocritical by many as the first quarter of 2021 saw Telsa boost profits due to its bitcoin sales along with the environmental credits sales. The company bought USD $1.5 billion worth of bitcoin, and then proceeded to sell USD $272 million worth, making a USD $101 million profit in the process.

The backlash of this announcement saw a number of CyberTruck customers cancel their preorders, but the cryptocurrency market is still licking its wounds with bitcoin still hovering around the USD $50,000 market.